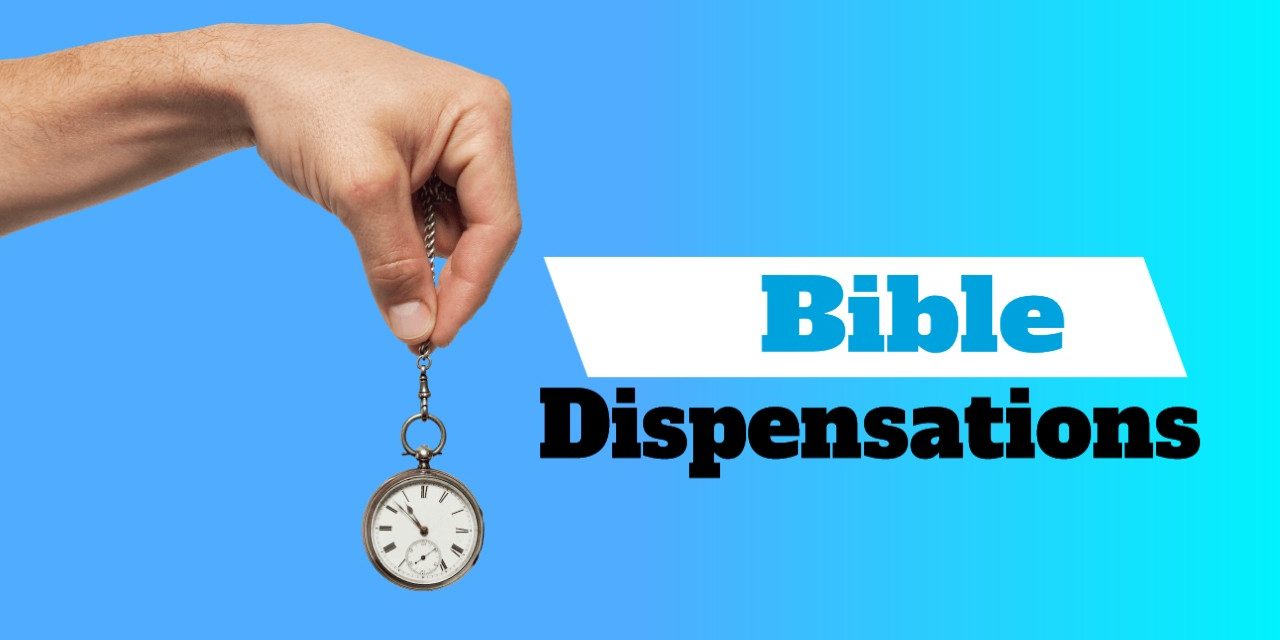 Adam spoke to God as though he was next to him. Yet after the fall, God was at a distance. Again, he spoke to Cain when he killed Abel.

Under Noah, (whose name means ‘rest’ in Hebrew). God seemed to talk to him in his conscious.

During the age of Abraham, it seemed like God talked to Abraham in visions. There were certain discrepancies where Jesus himself came to Abraham in the flesh (Melchizedek coming to Abraham with Bread and Wine).

Again, we see that discrepancy when Jacob wrestles a man (pre-incarnate Jesus), it wasn’t the time for Jesus to bless. Yet Jacob fought for it.

God spoke to Joseph in dreams. After a generation of Hebrews who did not know Joseph came in, there was a deafening silence from God until the Children of Israel groaned and God remembered his covenant with Abraham, Isaac and Jacob.

During the time of Moses, there were two dispensations: one before the event of Mount Sinai and another after the 10 commandments were given.

God would be close to the Children of Israel with a cloud for shade by day and pillar of fire by night. After the 10 commandments were given through Moses, no one could come close to God’s presence except Moses.

Under the Law (the 10 commandment and everything that comes with it) access to God was a seriously scary business. Prayer wasn’t easy, you had to pray earnestly for long hours and hope God would answer the prayers.

The High Priest would go into the Holy of Holies once a year. If his sins were not atoned for properly, he would be struck dead. They would tie a rope around the Priest’s leg so that if he died, they could pull him out without entering God’s presence.

The Law and the Prophets were proclaimed until John. Since that time, the good news of the kingdom of God is being preached, and everyone is forcing their way into it.

This changed everything, the ministry of the law and the prophets were only till the time of John and when the earthly ministry of Jesus began The Lord’s Prayer came into effect.

But this prayer was only until the Christ was crucified on the cross, died and rose again. This is the reason you don’t find Lord’s prayer being prayed by the apostles after the cross. Why?

Remember “forgive us our trespasses, as we forgive those who trespass against us” this has changed after the cross to “Forgive as the Lord forgave you” (Colossians 3:13).

For we are co-workers in God’s service; you are God’s field, God’s building.

Dispensations in the bible help discern the right theology

Under Grace, we don’t pray so that God can be moved but rather we pray because God wants to involve us in HIS works. Make us co-workers in His service. This is why we pray in Tongues.

There will be a time in the future when Jesus rules on Earth, just by thinking things would happen. We will be co-rulers on Earth, ‘kings’ and Jesus the King of Kings.

Prayer is not the only thing that changes depending on the age or dispensations. Sometimes, the changes are subtle but have significant results.

But whosoever shall deny me before men, him will I also deny before my Father which is in heaven.

Peter did exactly that.

Then began he to curse and to swear, saying, I know not the man. And immediately the cock crew.

Peter denied Jesus with cursing and swearing. You need to imagine Peter using colourful swear words in Aramaic to understand the gravity of the situation.

Jesus ended up giving Peter the responsibility of taking care of his people (Jewish Believers). According to Jesus’s own words Jesus should have denied Peter in front of the Father. What happened? Did Jesus lie? What changed?

“I have sinned,” he said, “for I have betrayed innocent blood.” “What is that to us?” they replied. “That’s your responsibility.”

Both Peter and Judas sinned and repented. Both felt sorry for their actions, but one of them was given the responsibility of feeding God’s people and another lost his soul. What happened?

Studying Bible Dispensations help discern the right theology for the Church. And get us ready for the hope that is to come.

Seeing Jesus in the Pages of the Bible
February 9, 2020

What is the sign of a Mature Christian or a Mature Church?
December 19, 2019